A new study has been looking in to the remarkable dream experiences of patients who are at death's door.
The research, which focused on terminally ill patients at Hospice Buffalo in New York State, sought to document the dreams and visions experienced by those who were nearing the end of their lives.

Intriguingly, it seemed that for those living their last days on Earth, dreams held a much greater significance and served to provide comfort while also reconnecting them with lost loved ones.

One woman, whose name was Jeanne, described encountering her long-lost family members.

"I remember seeing every piece of their face," she said. "I mean, I know that was my mom and dad and uncle and my brother-in-law. I felt good. I felt good to see some people."

Another patient - Maggie - had vivid dreams about reconnecting with her sister.

Study leader Dr. Christopher Kerr admits that he started out highly skeptical about such experiences, but soon started to appreciate both their significance and therapeutic value.

"Instead of having this fear of death," he said. "It almost transcends the fear of death to something bigger. What's clear is people are universally saying this feels more real and different than any dream I've ever had before."

The precise nature of these experiences however is not well understood.

"When they wake up crying because they've been so deeply moved by something," said Dr Kerr.

"That just should be respected. Period." 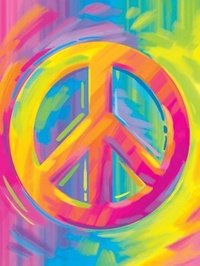 When my mother was in her death bed (she was in a coma) and stayed at home until she passed away.

A few days before .. one of our friends who was visiting at the moment came to me and said that he opened the door for someone who came and asked to see my mom. I told him I didn’t see anyone coming and he said ..
it was a man very nice dressed in a suit and with a hat. Sort of like an old style person..

My friend seemed agitated about this somehow.. like .. where did he go then!? he can just vanished! We looked around the house thinking to find this man but we never know what happened to him ..

My gut told me later that it was my uncle who passed away several years before my mom. He always dressed fine with his suit and hat . I am completely sure he came to visit my mom to tell her they will be reunited again soon.

I know it didn’t happen in a dream but since my mother was in a coma (sort of like in a dream) .. she wasn’t able to say any last words to us.. maybe my uncle visited also to let us know she would be fine and with him.
Cloud

Aww Peace2all that's lovely. So sorry to hear about the loss of your precious mum, it sounds as though it was your uncle coming to be with mum as she transitioned over
_________________